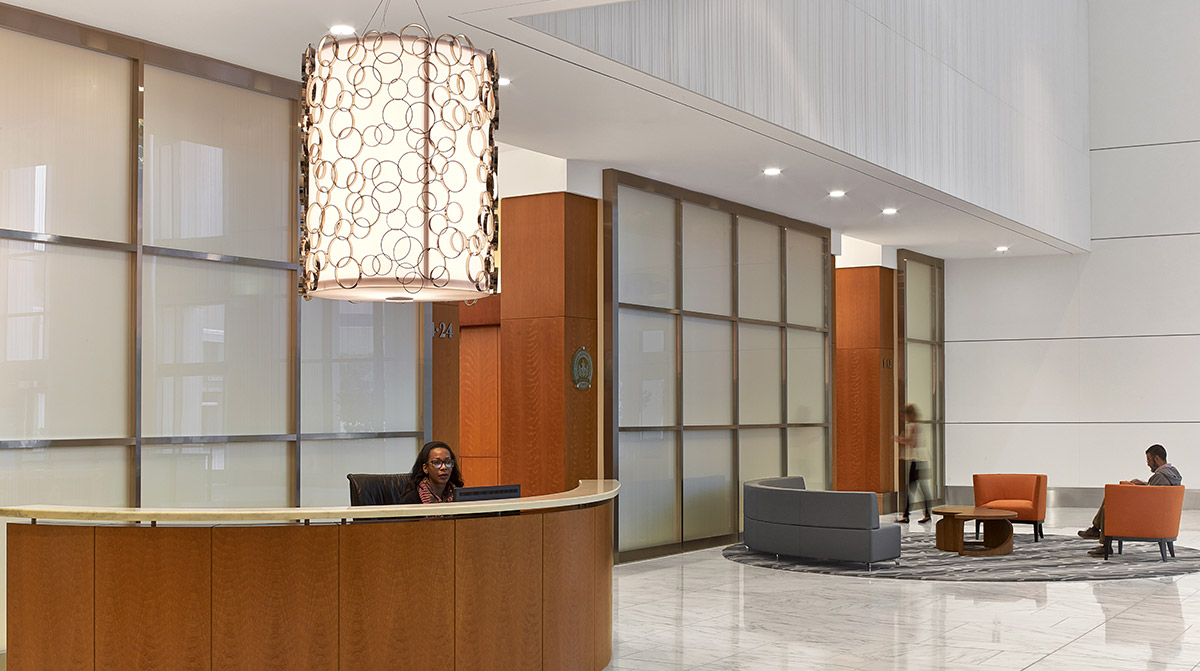 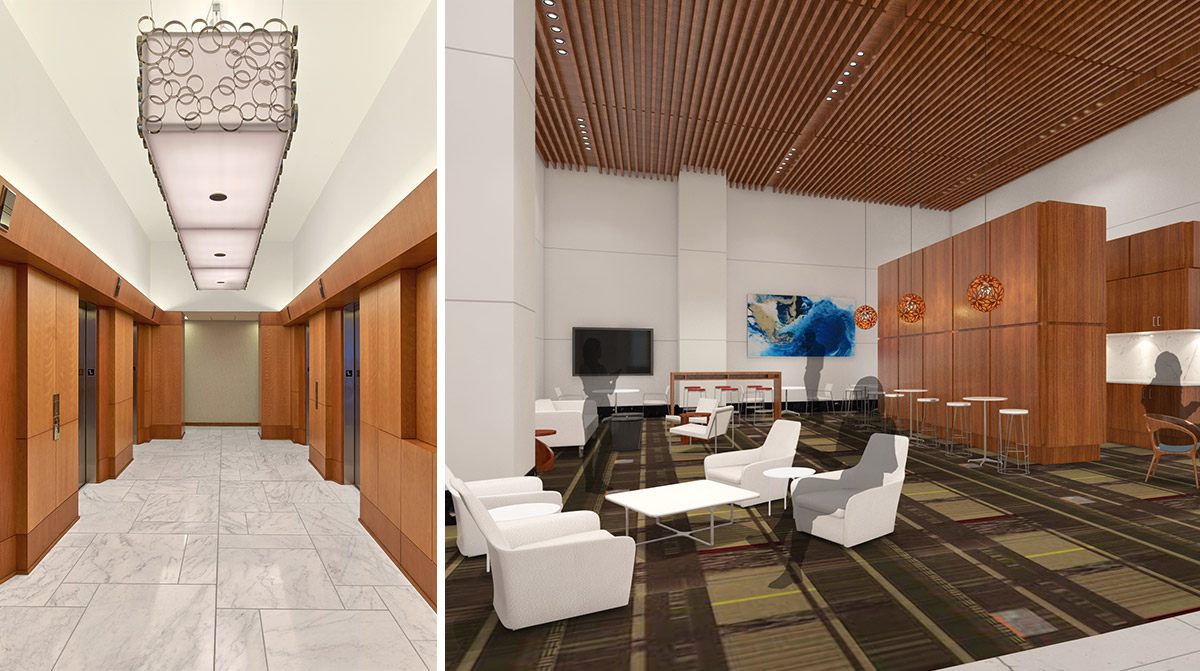 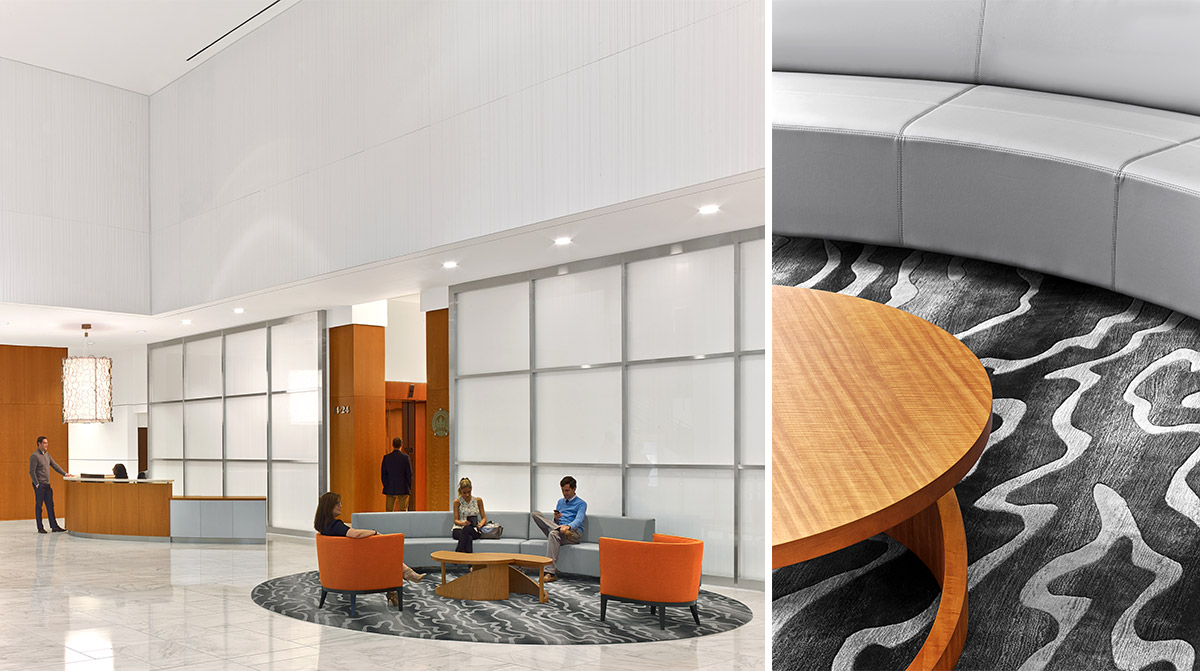 A Fresh Take on a Familiar Space

The key to maintaining an edge in the market for older, Class "A" properties is the ability to reposition the asset to the next current market demands. Our team was approached to do just that for Monarch Tower, a 24-story 1990’s style Atlanta office building. The property had several ownership groups, each with their vision and priorities. It became our responsibility to collect these thoughts and ideas of the stakeholders and use them to create a cohesive, next generation design. The focus on identifying and prioritizing the project scope and cost was an invaluable asset during the design process.

The existing lobby space reflected a 1980’s style that was popular with dark finishes, an overabundance of distracting details and a large three-story volume of underutilized space. The challenge of the project budget was how to prioritize the design update over so much square footage of surfaces. The intent was to lighten the space while the goal of the design team was to simplify the finishes. By using a background palette of white, both goals were achieved.

White-veined Chinese marble flooring was used to enhance the existing finishes, while book and slipped matched stone was introduced as the feature entry walls. A new sculptural desk in white stone, wood, and stainless was designed to create scale and volume. Custom wool rugs were introduced in the lobbies and elevator cabs to add a hospitality feel to the spaces. New, large-scale seating groups were placed throughout while custom sculptural pendant light fixtures were designated to create a “wow” factor for both visitors and tenants.

A tenant lounge was built off the main lobby providing all tenants and residents an alternative work and collaborative space from their offices. The furniture is flexible, so the tenants can reconfigure it as needed or based on the use of the space. The design continues the detail and finishes palette of the main lobby.

The overall reaction to the refresh has been reflected in increased leasing and ultimately a positive return on investment by the ownership groups. 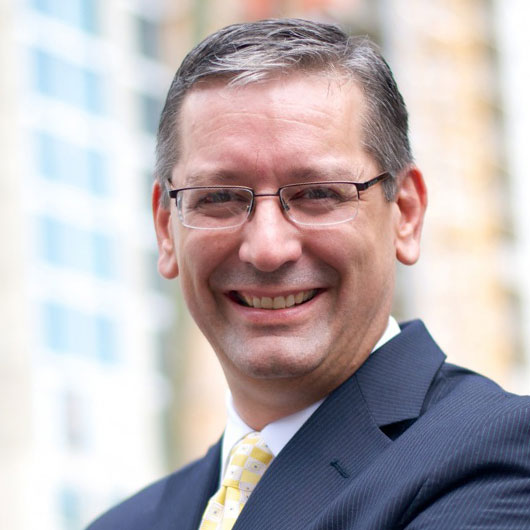 Back to All Projects
关闭