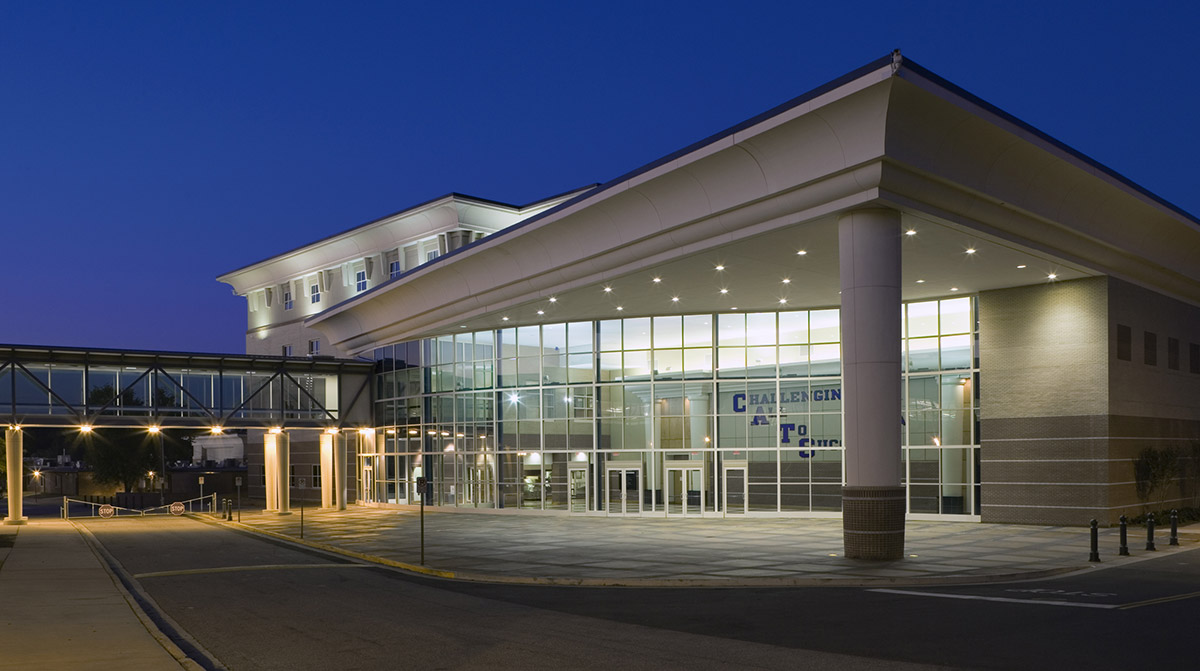 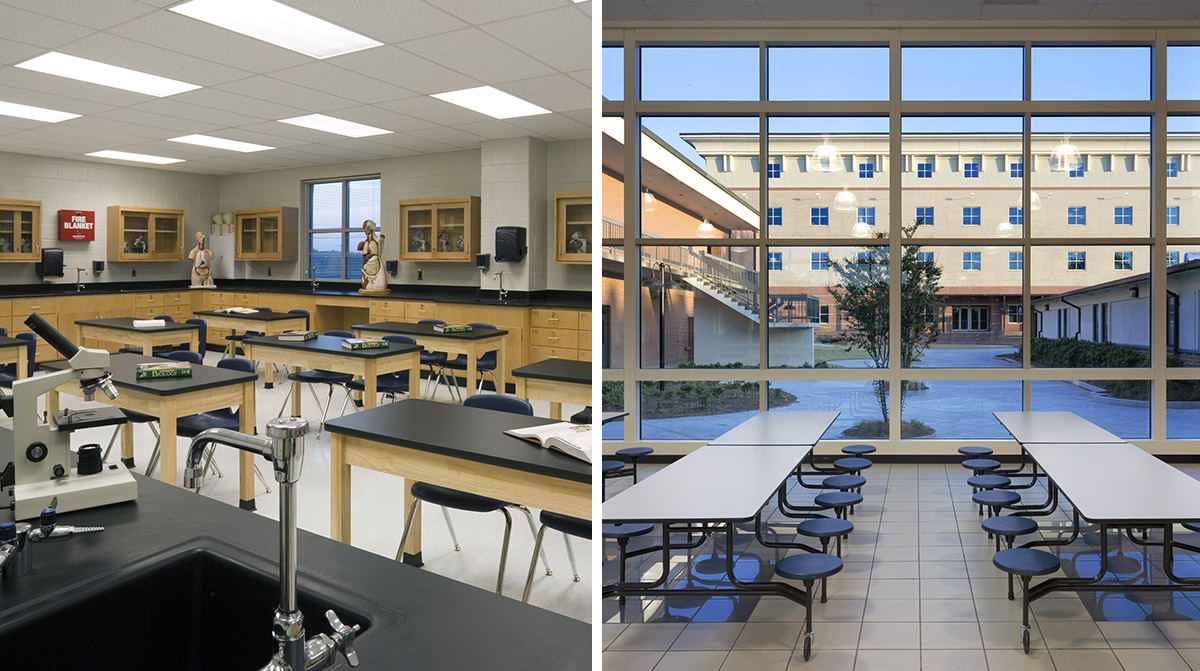 The Arts and Learning Come Together

This project consisted of a new four-story classroom building with an attached performing arts auditorium, cafeteria expansion, and renovation of eight existing buildings. The new performing arts theater is 23,000 SF with 540 seats, 2,000 SF of stage area, and a 3,200 SF lobby. The existing cafeteria was renovated and expanded to 4,200 SF.