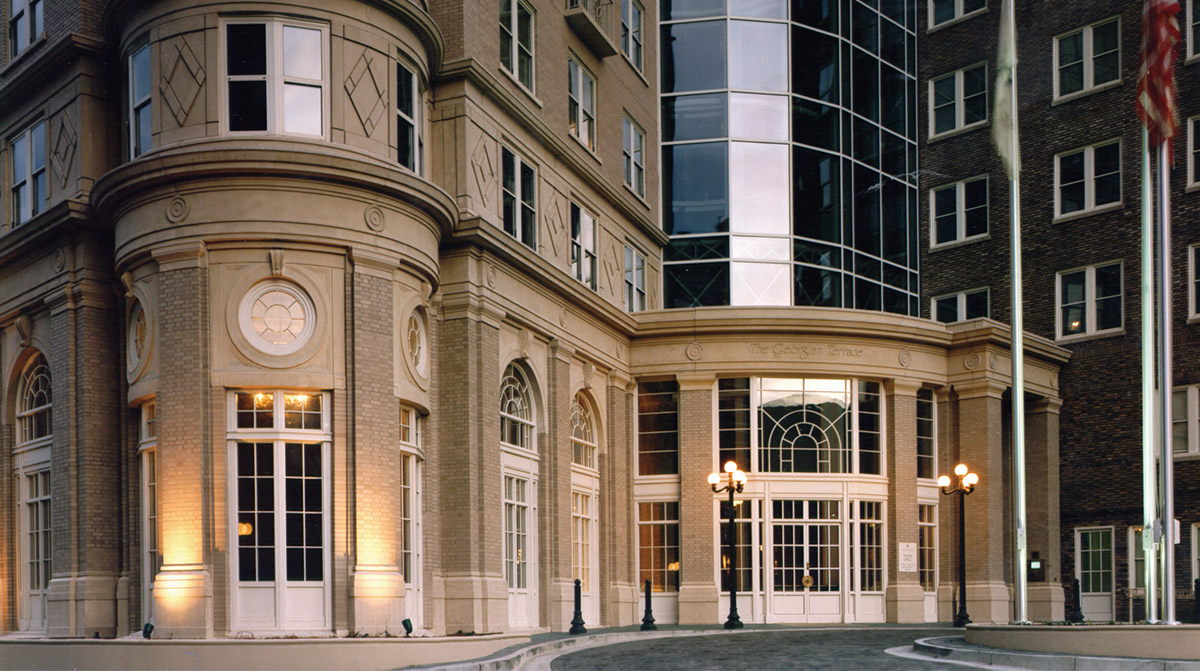 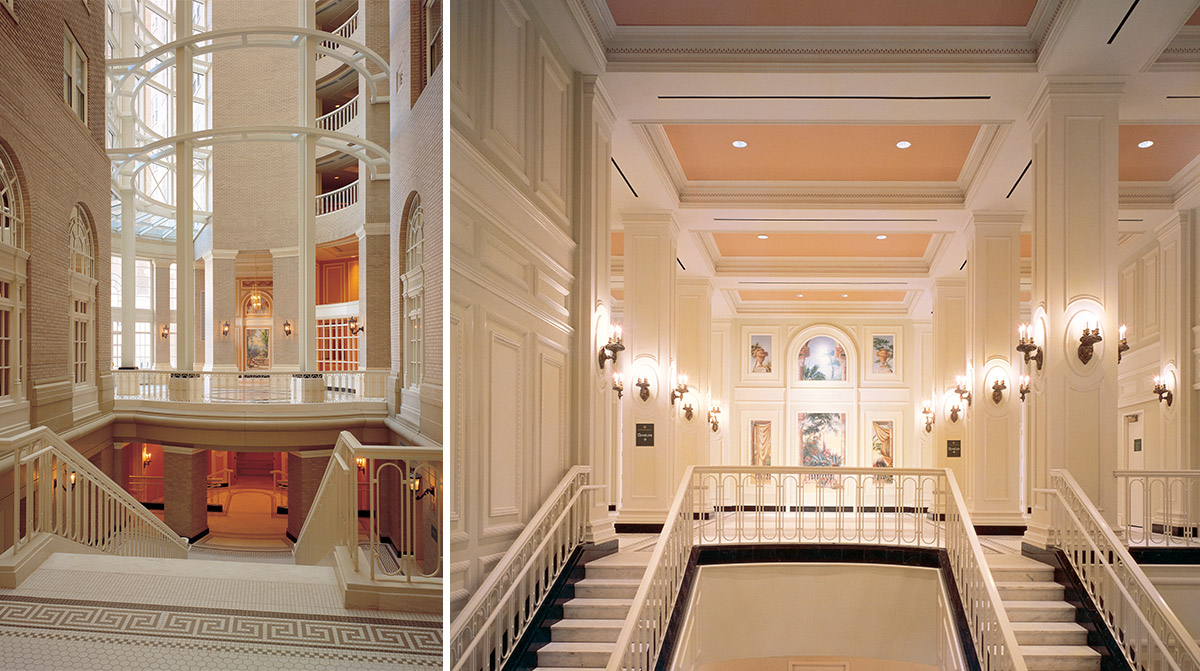 New Life for an Atlanta Landmark

By the 1980s, this stately building had lost much of its grandeur. Damage and theft during a decade of vacancy rendered the eight upper floors and the servants’ rooftop quarters virtually unrestorable and many interior components had been removed. An international investment partnership commissioned the project team to perform an extensive renovation and convert the facility into a 427,715 SF high-rise residential development. The project included the renovation of the existing structure to eighty units and 26,000 SF of retail space, a new connecting nineteen-story tower addition with 214 units and 27,000 SF of retail and a nine-level, 700-space parking deck. The architects worked with a local design commission and the Federal Parks Department on the project. The building again became a hotel with a change of ownership in 1996.

The renovation effort was intended to preserve the original 1912 hotel’s 1910 Beaux-Arts style. This included restoring the terraces along two sides of the building facing Peachtree Street and Ponce de Leon Avenue, the lobbies and public rooms opening onto the terraces and the exterior façades.

The original building is constructed of brick with a limestone base and terra cotta cornices and medallions. The nineteen-story, L-shaped tower addition was designed with similar materials, scale and organization to emulate the details of its predecessor in abstract form. The tower wraps around the mid-block facade of the existing building and is set back from the street to preserve its dominance. The addition is connected to the existing building by an atrium, constructed of steel and glass in the spirit of a turn-of-the-century conservatory.

Because this multi-phased project involved modernizing a facility built prior to the advent of modern building systems, a major challenge was locating ductwork and equipment in areas with limited space above the ceiling. Heating, air conditioning and sprinkler systems were carefully added to preserve the original character of the building’s interior. Damaged upper-floor interior walls and finishes also were removed and reconstructed to meet building code requirements. Some original building fixtures and architectural elements were restored in the building. The parking deck is on an adjacent site with a pedestrian entrance to the Georgian Terrace through the new tower addition.

"Smallwood did an excellent job on the Georgian Terrace and we would certainly consider them on any future projects."