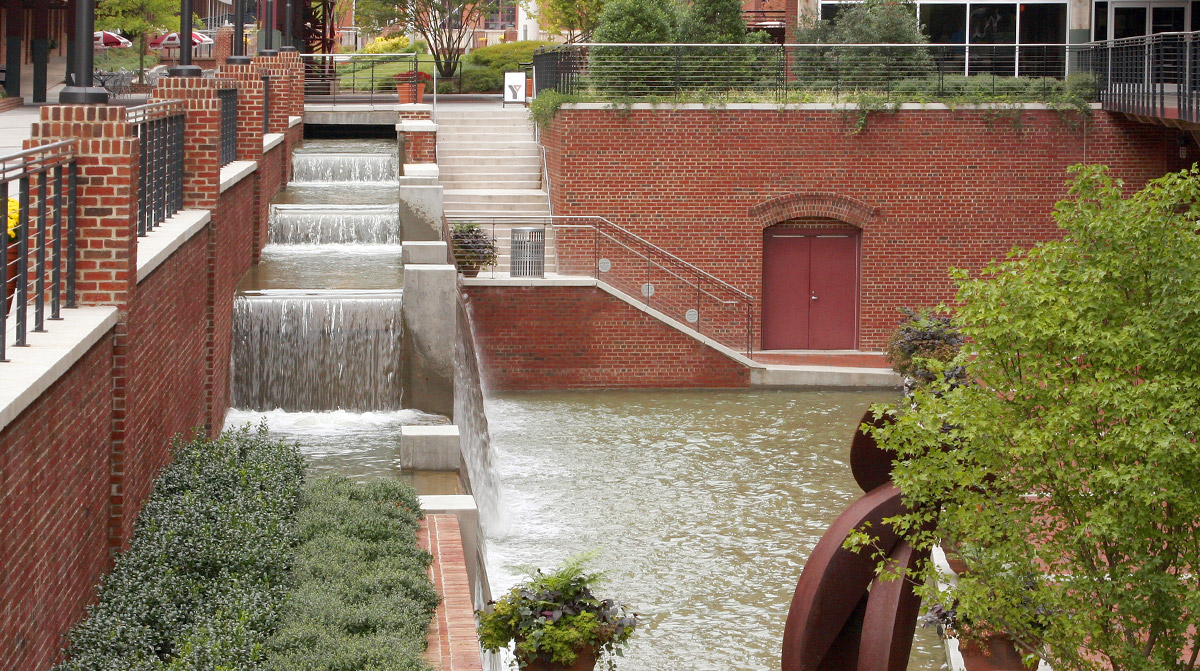 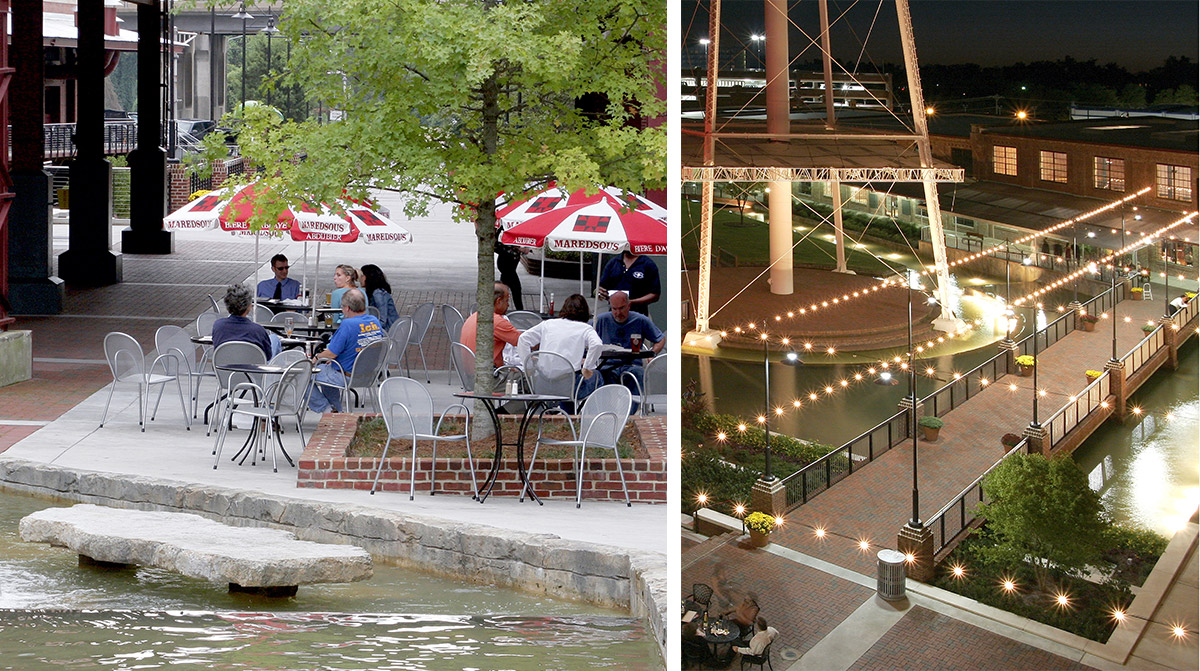 The American Tobacco Company occupied this site in downtown Durham for well over a century, until closing in 1987. After several failed attempts to reopen and revitalize the property, plans were developed in 2002 to restore the facility and turn it into an active, mixed use development featuring offices, shops, and restaurants, as well as a 2,500-seat outdoor amphitheater. The approach to the renovation of this project embraced smart growth principles and a commitment to preserve the historic site among those on which the community of Durham was originally built. Over one million square feet of mixed use space on sixteen acres were redeveloped to include an outdoor amphitheater and public park. This project is bordered by two state and two local roads, all of which had slight to moderate realignment and complete streetscape enhancements.

A monumental water feature symbolizes the backbone and heart of this revitalized campus. Spanning the length of the development, “Bull River” runs along old docks where trains were once loaded with tobacco. At the center campus, Bull River spills into a large, multi-level pool which provides the setting for outdoor dining, an amphitheater and rubber duck races. From the north end of the site, the headwaters travel south along the old train docks and past the old power plant, where it spills into a long, multi-level pool encircling the amphitheater stage. The river continues along sloped planted edges and exits the site at a staggered waterfall varying in height from 3 to 15 feet. A recessed overflow adjacent to the courtyard conceals a reservoir which returns the river a quarter mile upstream to its beginning.

The choice of materials was an important part of the renovation process because of the need to use materials that were available during the lifespan of the plant. Brick, concrete, and wood were selected to be the primary hardscape materials. In many cases, where new concrete was near or adjacent to existing concrete, the new concrete was stressed and stained so that it matched the appearance of the existing concrete. Old brickwork was reconstructed, and new brick elements were built using the same designs and patterns as were used for the original buildings.

For more information about the Landscape Architecture or Signage Design our team provided for this project, please click the links above.

"I would like to take this opportunity to commend Smallwood for the high level of service and professionalism that they provided in the design and completion of the American Tobacco Campus." Riverside on the James