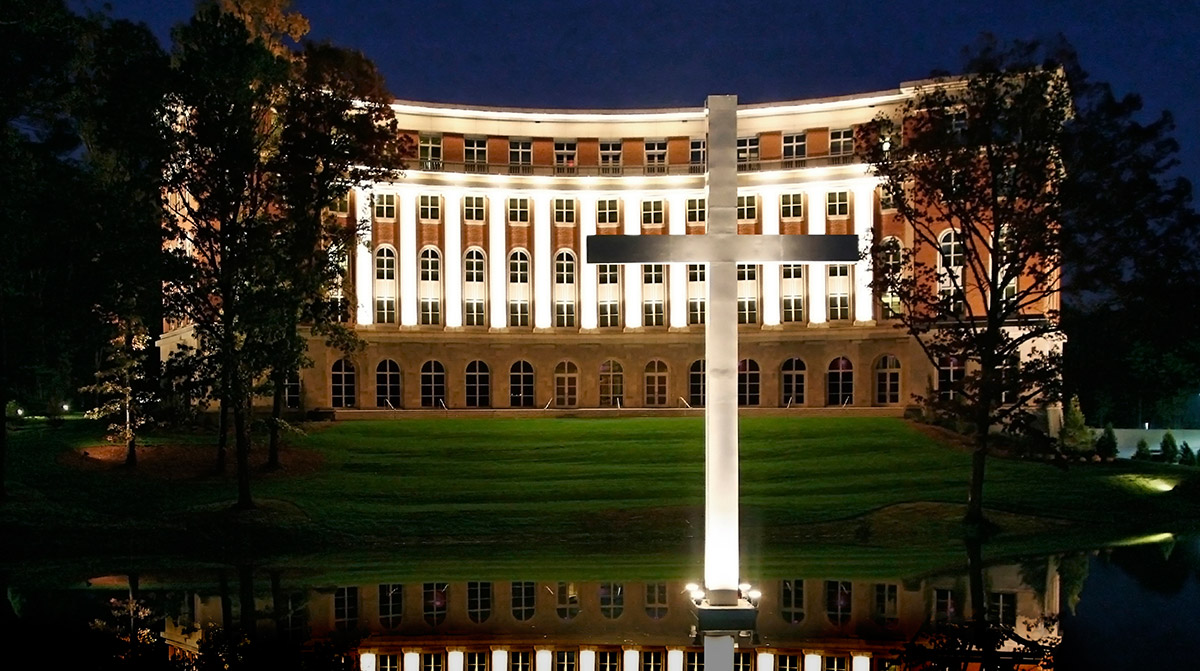 The Convention (now Mission Board) was located in a conventional office building environment, with the various missions located in separate office suites with no relation to one another. The project was seen as an opportunity to forge a new sense of shared purpose among groups which had traditionally pursued their goals with little or no coordination. To help realize the vision of this alliance of independent ministries, Smallwood led focus group discussions which allowed everyone in the organization to have input on the environment, technology, and culture of the new facility. This process confirmed the desire for closer collaboration and a sense of greater community among the various ministry groups. In response, a shared public level includes a formal reception area, a pre-function space leading to the tiered chapel/meeting room and multipurpose meeting room, and an exhibit on the history of the Convention.

The various missions also share support spaces on the basement level, including a printing facility, a video production studio, a fitness center, and staging areas for shipping and receiving. Upper floors organize the various mission offices along with an open spine of circulation space which links the office space to shared workrooms, conference areas, break areas, and restrooms. This maximizes interaction among the various groups and leads to a closer working relationship between them.

An Expression of Faith

The Convention (now Mission Board) also wanted its new headquarters to represent the Baptist Church within the community. From site planning to building details, the architecture of the new headquarters makes symbolic reference to the Baptist faith. The site entrance is on axis with the building, which is seen across a small lake with a monumental cross in the center. The image of having to pass through water to get to the cross evokes the tradition of the baptism of believers. The cross is framed against the backdrop of a curved colonnade of twelve columns which symbolize the twelve apostles, underlining the discipleship of those working there.

After circumnavigating the building, one enters from the opposite side, so that the cross is once again the focus of the facility. The curvature of the plan is such that all the major public spaces, wherever they are located, are centered on the cross. The lobby and pre-function area are decorated with murals depicting various Biblical scenes in a more overt reference to the purpose of the facility. The iconography of the entrance lobby refers to the Old Testament, while that of the pre-function lobby refers to the New Testament. A marble sculpture of the Ten Commandments sits at the center of the entrance rotunda.

The timelessness of the Christian faith is expressed through a traditionally styled masonry façade. The building rests on a granite base, with ashlar limestone cladding the main level, and brick upper stories which are punctuated by deeply set arched windows and precast concrete panel cornices and trim. The materials and detailing give the building a sense of permanence that rivals that of most churches.

"Everyone who comes through this building talks about what a beautiful design it is and how it appears that every detail has been planned with excellence." Stonebridge I, II and III at Sanctuary Park