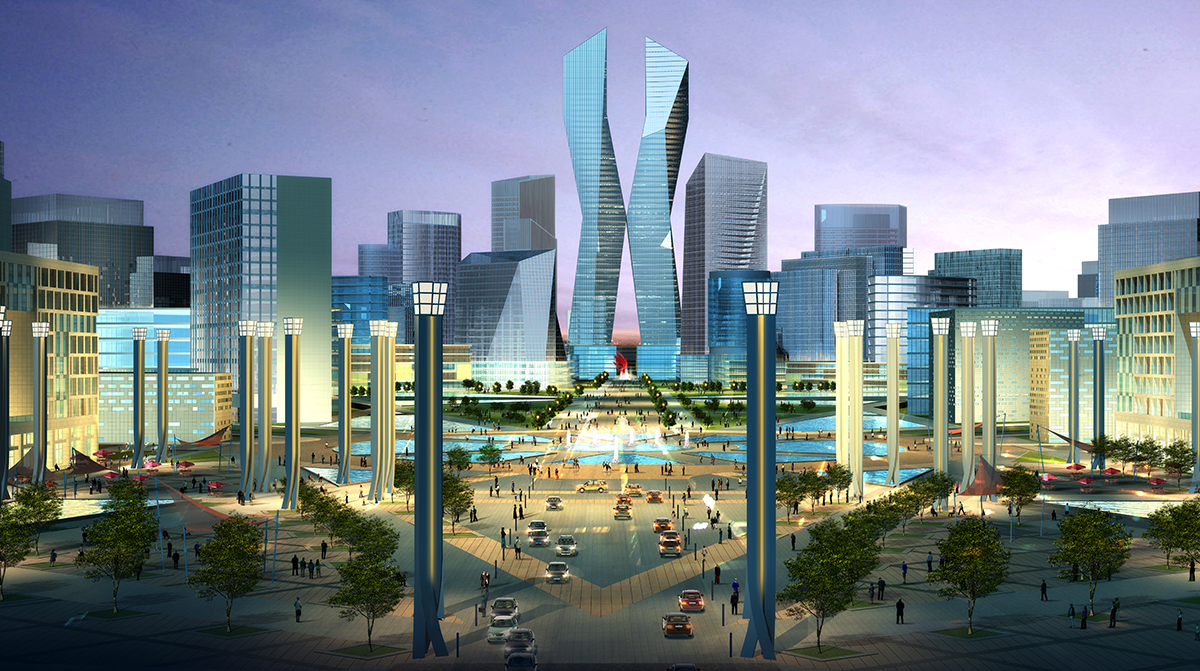 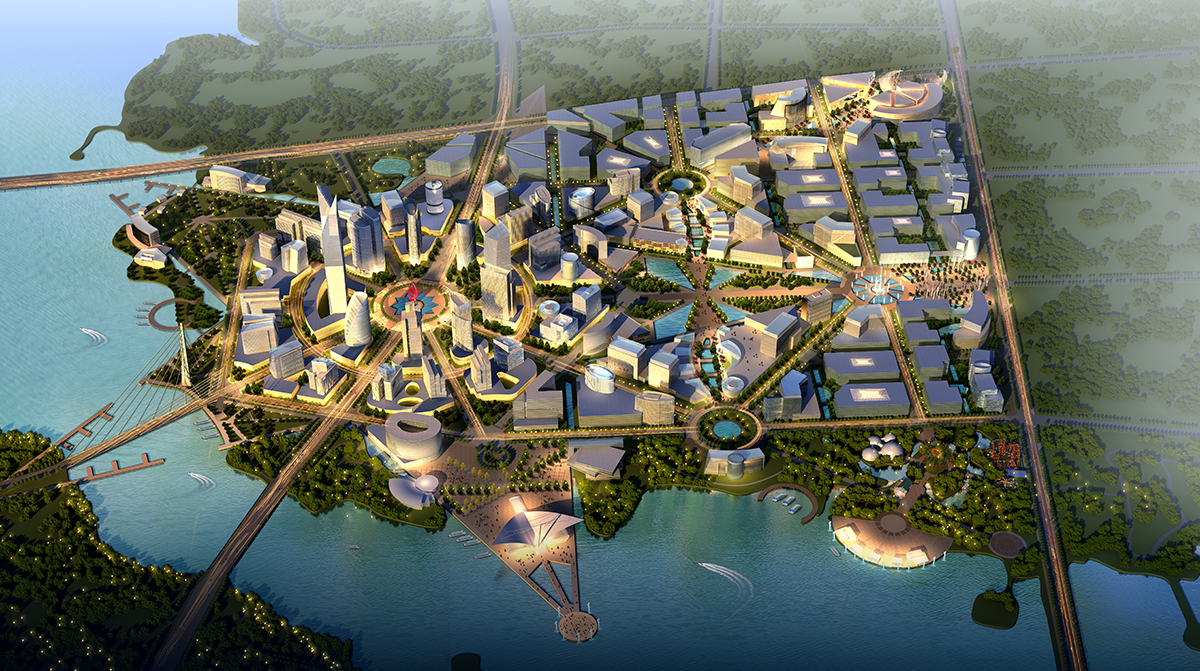 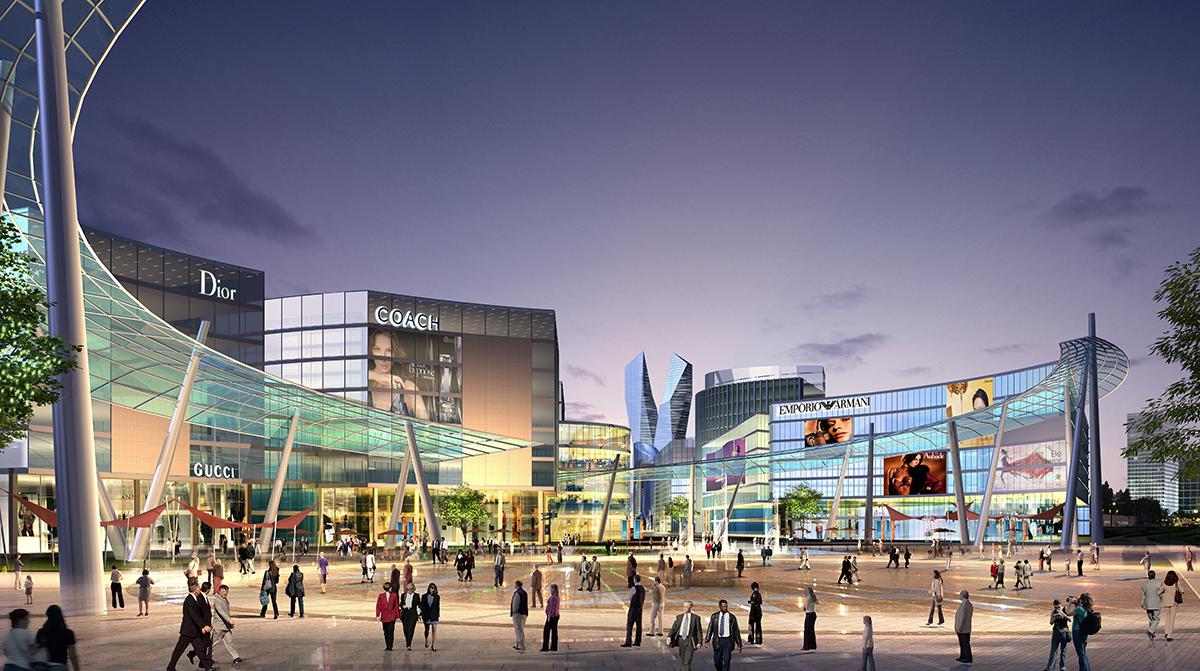 Cultural Influences on a Grand Scale

In reference to the flag of China, the plan of the new CBD is based on a five-pointed star. The facilities proposed for each point of the star embody one of the five themes of the building program: business, meeting, leisure, local culture and world culture. The five pointed star is then rotated to form a ten-pointed star whose resulting geometric patterns recall the artwork of western China’s Muslim population. In addition to symbolizing the merging of Han and Muslim culture, the overlapping star patterns serve as a spatially dynamic organizing device that binds programmatic components into a harmonious whole.

Creative use of water is integral to the design of the public spaces. Interlaced throughout the CBD are canals and water features that introduce nature into the new urban environment. The shoreline of Xiao Xi Lake, which forms the western and southern borders of the new CBD, is preserved as a series of parks and public amenities.